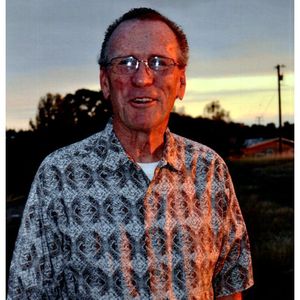 On Tuesday, September 20, 2016 Robert L. Crow peacefully passed away surrounded by his family in Coulterville, CA. He was 70.
Robert was a man of many wonderful traits. He loved fishing; golfing, bowling and watching his great grandchildren grow. Robert had a true passion for his work and cherished spending time with his wife, Dianna.
He was preceded in death by his parents, Lelan and Dorothy Crow and brother, Richard Crow.
Robert is survived by his beloved wife, Dianna F. Crow and his daughter, Pamela (Jeffrey) Davis. He is survived by his siblings; James and Donna Crow, his 3 grandchildren, 5 great grandchildren and his nieces, nephews and Uncle Donald Harrelson.
Visitation services will be held on Thursday, September 22, 2016 from 3-9PM at Ave Maria Memorial Chapel, 609 Main St., Watsonville. A service will be celebrated on Friday, September 23, 2016 at 11 AM at Ave Maria Memorial Chapel with burial services to follow at Pajaro Valley Memorial Park, 127 Hecker Pass Rd., Watsonville.

To send flowers to the family in memory of Robert Crow, please visit our flower store.