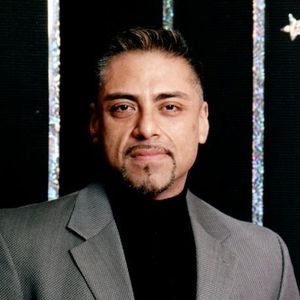 On February 28, 2017 Robert Lorenzo Perez unexpectedly passed away in Watsonville. He was 52.
Robert attended Watsonville High School, Cabrillo College and San Jose State. He loved helping people, perusing a career in the medical field and Pharmacy Tech. Robert worked for the Central Coast Alliance for Health, Dr. Benjamin Potkin and Dr. Rajinder Singh and Dr. Jay Johnson. He also enjoyed interior decorating, dancing and making friends. Robert brought laughter to those that surrounded him.
He was preceded in death by his parents; Pablo and Maria Perez and siblings; Mauro, Anthony Perez, Maria Alamillo, Lucy Antuna and Connie Perez.
Robert is survived by sisters, San Juana Lopez, Mary Ellen Perez, Andrea Garcia and Dolores LaMothe. He is also survived by his partner and closest friend Joseph Racz and many nieces and nephews.
Visitation services will be held on Sunday, March 12, 2017 from 5-9 PM with a recitation of the Rosary at 7 PM at Ave Maria Memorial Chapel. Mass will be celebrated on Monday, March 13, 2017 at Valley Catholic Church at 10 AM with burial to follow at Valley Public Cemetery.

To send flowers to the family in memory of Robert Perez, please visit our flower store.