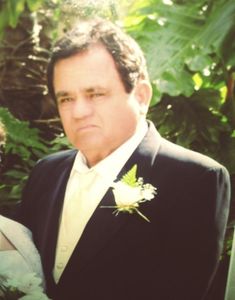 Roberto Gutierrez Mijares peacefully returned home to our Heavenly Father on November 3, 2013, after a short illness. Roberto was surrounded by his wife Maria, his ten children; Lupita, Luis, Roberto, Ernesto, Oralia, Emmy, Dora, Angelina, Nery, Lili and numerous grandchildren
Roberto was born in Zacatecas, Mexico but made Watsonville, CA his home where he raised his family for over 40 years. He worked for the Tomasello Company as a sharecropper for many years. Roberto enjoyed singing and sharing a cup of coffee with all of his children and wife. Family gatherings always brought him the greatest joy. His sweetness, jokes and rhymes will always be remembered in our hearts forever.
Visitation will be held on Wednesday, November 6, 2013 from 5:00pm-9:00pm with a citation of the Rosary held at 7:00pm at Ave Maria Memorial Chapel, 609 Main Street Watsonville. Mass will be held on Thursday, November 7, 2013 at Assumption Church at 10:00am with a graveside service to follow at Valley Public Cemetery.
Arrangements have been entrusted in the care of The Carroll Family of Ave Maria Memorial Chapel.

To send flowers to the family in memory of Roberto Gutierrez Mijares, please visit our flower store.