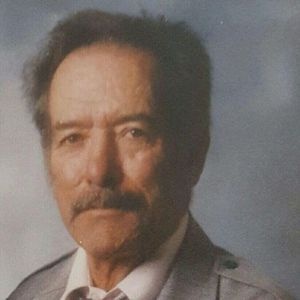 Roberto MuA�oz
Roberto MuA�oz died on Sunday, July 26, 2015. He was 85.
Mr. MuA�oz was born on April 28, 1930. He arrived in Watsonville in 1955. He worked for the Morris family of Green Valley Road in their apple and apricot farm from 1956 to 1969; after which, he started his own endeavor growing strawberries and raspberries until he retired and returned to the area of Mexico where he and his wife, Maria, were born. "Los Altos de Jalisco," near the city of Tepatitlan in the small town of Pegueros and Villa Obegon known as CaA�adas.
He was the husband of Maria de Jesus MuA�oz; father of Roberto (Genevieve) Martha Rodriguez (Alex), Ramon (Alicia), Rogelia, Arcelia and Oscar (Juana). He is also survived by 11 grandchildren. He was preceded in death by all three of his siblings.
Viewing will be Thursday, July 30 from 5-7 p.m. Rosary at 7 p.m. Mass will be Friday, July 31 at 10 a.m. at St. Patrick's Church.

To send flowers to the family in memory of Roberto Muñoz, please visit our flower store.