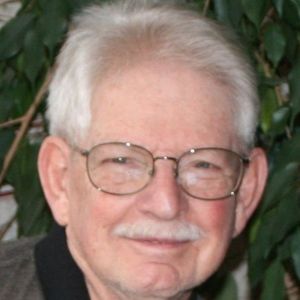 On Tuesday, January 2, 2018, Ron Castle peacefully passed away in the presence of his wife Rachel at home. He was 80.
Ron was a resident of Aptos for over 40 happy years. He was a retired Civil Engineer with CalTrans and volunteered for the Sheriffs Office in Aptos for over 10 years. Ron was the past President with Sons in Retirement and served on the Board of the Italian Catholic Federation, Branch 227 at St. Joseph's in Capitola. Ron loved coordinating events such as a Wine Tasting and was known for bartending at the ICF's yearly Fish Frys wearing colorful vests and matching bowties but, ultimately, remembered for his great smile. He had a Shop where he enjoyed woodworking and used numerous tools to accomplish different kinds of projects. He also loved cooking and making jokes of a pun-like nature.
Ron was preceded in death by his parents; Walter and Alice Castle and brother, Harley Castle.
He is survived by his beloved wife, Rachel Cooke, children Ronda and Wayne Castle by a previous marriage, and his grandson, Shaun Hanna. Ron is also survived by his cousins; Bill (Judy) Castle, Bob (Stephanie) Castle, numerous step grandchildren, sisters- and brothers-in-law and their families.
A Funeral Mass will be celebrated on Saturday, February 10, 2018 at St. Joseph's, 435 Monterey Ave., in Capitola at 12 PM, followed by a reception in the Church Hall. His cremains will be buried at Pajaro Valley Memorial Park in Watsonville later that afternoon.