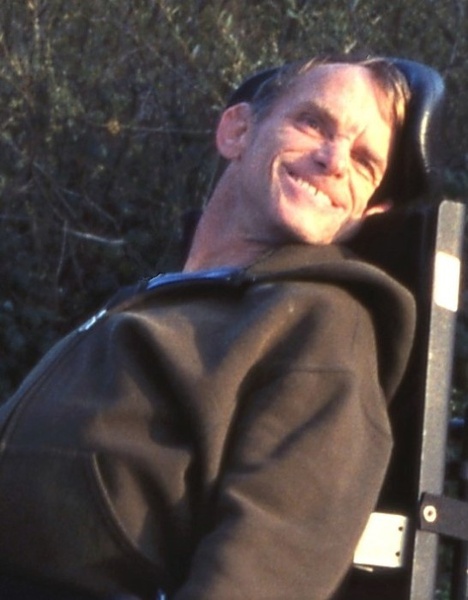 On Friday, February 28, 2020 Ronald Keith Adkins Jr. passed away surrounded by his loving family. He was 63.

Ron was born on September 28, 1956 in Indiana.  At the time of his passing, he was a resident of Watsonville, California.  Ron attended Warren Township Special Education and Twelve Acres.  He enjoyed traveling, the beach, driving around, listening to classic rock, and working out.  Ron also loved food, holding his wife’s hand, and having a cold beer.

He is survived by his beloved wife, Lillian Flores Adkins; his loving mother, Darlene Adkins of Greenwood, Indiana; his brother Randal (Roxana) Adkins of Bargersville, Indiana; and his sister Dawn (Wayne) Gardner of Greenwood, Indiana.  He was also survived by his nieces Amanda Adkins, Emma Gardner, and Mya Gardner; along with his nephews Scott Adkins, Cody Adkins, and Brayden Gardner

In lieu of flowers, donations can be made to the Asthma and Allergy Foundation, the Cerebral Palsy Foundation, and the Multiple Sclerosis Foundation.

Arrangements have been entrusted in the care of The Carroll Family of Ave Maria Memorial Chapel, www.avemariamemorialchapel.com

To send flowers to the family in memory of Ronald Adkins Jr., please visit our flower store.