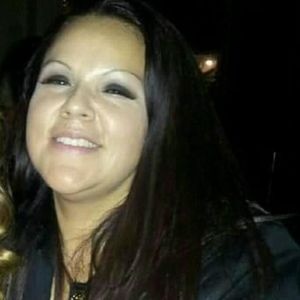 On Friday, December 4, 2015 Rosa Maria Herrera, unexpectedly passed away in Watsonville, CA. She was 43.
Rosa was born on June 28, 1972 in Mexico to her proud parents; Felipe G. Herrera and Mara de Jesus Giron Herrera.
Rosa was a woman of many wonderful traits. She loved to go dancing and to read. Rosa also enjoyed taking classes at a nearby Community College and working at the VNA and Hospice in Monterey. To a loving Mother, Daughter, Sister, Aunt and Friend you will be forever missed and always cherished.
She is survived by her sons; Francisco Jr. Herrera, Andres Velazquez and her parents; Felipe G. Herrera Maria de Jesus Giron Herrera. Rosa is also lovingly remembered by her siblings; Guadalupe Iriarte, Beatriz Rocha, Teresa Herrera, Trina Aruiza, Angelica Mendoza, Felipe Jr. Herrera, 1 grandchild and 31 nieces and nephews.
Visitation services will be held on Sunday, December 13, 2015 from 3-6 PM with a Memorial Service starting from 6-8 PM at the Seventh Day Adventist Spanish Church, 336 green Valley Road, Watsonville.
Arrangements have been entrusted in the care of The Carroll Family of Ave Maria Memorial Chapel, www.avemariamemorialchapel.com

To send flowers to the family in memory of Rosa Herrera, please visit our flower store.