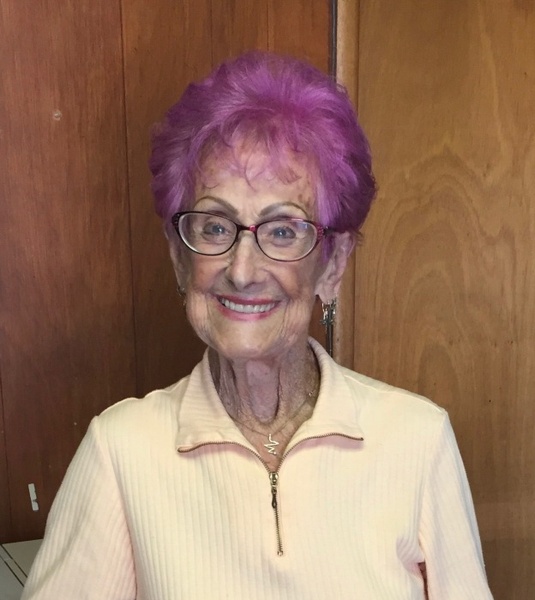 On Thursday, August 27, Rosalie Johnson passed away from cancer at the age of 88.  Rosalie was born January 21, 1932 in Shafter, California to Roland and Reba Doty.  As a young girl, the family moved to Bakersfield and eventually to Watsonville where Rosalie attended Watsonville High School, graduating in 1950.

One of Rosalie’s first jobs was a checker at Daylite Market.  She eventually began a career as a waitress starting at the Windmill Restaurant.  She moved on to the Miramar Grill downtown where she worked as a waitress for many years, and eventually also became a bartender.

She married Bob Johnson in 1961 who was a Sergeant for the Watsonville Police Department.  Bob had three children, David, Dianne, and Carl who came along with the marriage.

In retirement, Bob and Rosalie spent many years in their travel trailer going to Lake Topaz where they met up with a large group for fishing and fun.  They also belonged to a trailer club where they had many outings.  They went to Australia with the Watsonville Band.  Bob and Rosalie enjoyed many cruises to the Caribbean, Bahamas, and the Panama Canal.  They also enjoyed Hawaii.

Bob and Rosalie were very active at the Watsonville Elks Lodge.  Rosalie ran the Christmas Craft Fair for many years.  She always volunteered at the Firework Booth working long hours during the 4th of July.

In her later years, after Bob passed, Rosalie could be found at The Fish House, especially on Saturday nights when they had live music.  She loved dancing and music and made many friends there.  Purple was her favorite color.

Due to the pandemic, the family has decided to have private services.

To send flowers to the family in memory of Rosalie Johnson, please visit our flower store.