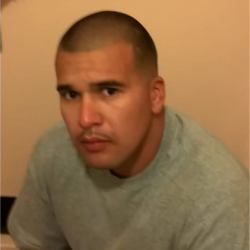 
Ruben Garcia died unexpectedly on Sunday, Sept. 9, 2018 in Watsonville. He was 26.
Mr. Garcia was born on Dec. 14, 1991 in Watsonville to Raul Guillen Hernandez and Maria Orozco. He was an avid 49ers fan that enjoyed watching his favorite team. He loved spending time with his son Ruben Jr. and playing soccer with him. He loved spending time with his girlfriend Tracy Mendoza and his family and friends as much as possible. He was a lifelong resident of Watsonville.
He is survived by his son, Ruben Garcia Jr. and his mother Brianna Lopez; his parents, Raul Guillen Hernandez and Maria Orozco; his siblings, Neftali (Carmen), Fidel, Rosaura (Ramiro) and Maria Del Rosario (Adan).
A prayer service will be held at Ave Maria Memorial Chapel in Watsonville on Sept. 17 at 7 p.m. On Sept. 18, there will be a Chapel service at Ave Maria Memorial Chapel at 11 a.m. with the burial to follow directly after at Pajaro Valley Memorial Park in Watsonville.

To send flowers to the family in memory of Ruben Garcia, please visit our flower store.