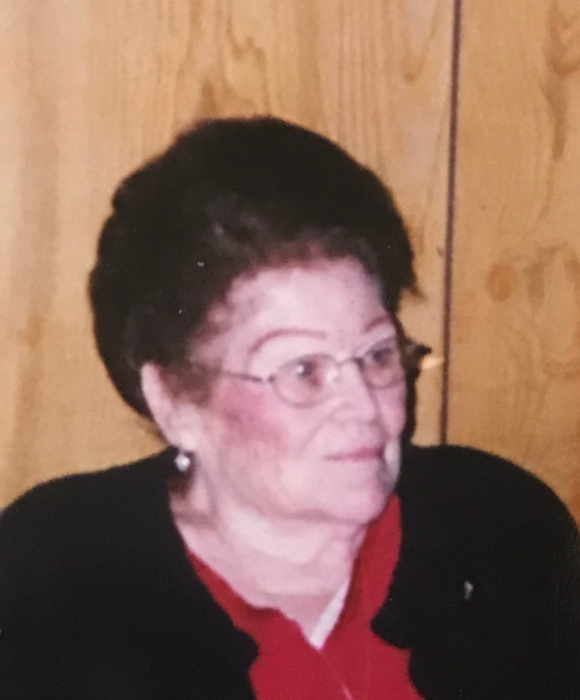 Ruth Mary Datko (Elliott) passed away peacefully in Watsonville on October 4 th 2019. She was born June 30, 1922 in San Gregorio, California.
She was a cook and baker for local Watsonville Community Hospitals for 30 years. Once retired, she traveled with her husband Joe and supported the Local American Legion and Italian Federation by preparing meals for them.
She is survived by her daughter Ruth Ann Hall (Keith) of Watsonville and two grandsons also in Watsonville and a great granddaughter who resides in England. She also leaves behind siblings; Ida Lomazzi and Margaret Bllom of Watsonville, Roselie (Charles) Bell of Escondido, CA and brother Sam Zullo (Lorraine) of Los Gatos, CA. Numerous nieces and nephews. She was preceded in death by her husband Joseph, brother Ernest Elliott and brother Zullo.
A funeral Mass will be celebrated at Valley Catholic Church on October 16, 2019 at 10:00 AM followed by burial at Pajaro Valley Memorial Park.
In lieu of flowers, donations can be made to Valley Catholic Church, The Italian Catholic Federation or Hospice of Santa Cruz.
Special thanks to the care team at Valley Convalescent and Hospice of Santa Cruz.
Arrangements have been entrusted in the care of the Carroll family of Ave Maria Memorial Chapel.

To send flowers to the family in memory of Ruth Datko, please visit our flower store.