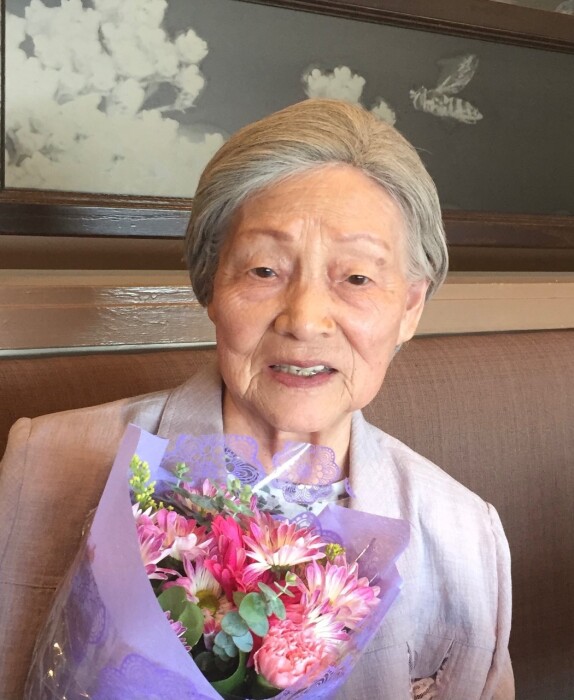 Sato Yamamoto passed away peacefully on October 25, 2021 in Watsonville, CA at the age of 95. She was born to Kansho and Nofu Takahashi on November 12, 1925 in Akita, Japan. There, she attended nursing school where she met her future husband George Yamamoto who was in the US Army during the Korean War. They were married in Japan in 1951 and in 1953 they moved to Seattle, Washington. Soon after, they settled in George’s hometown Watsonville, where they raised 5 boys: Jeffrey (Stephanie), Wayne (Amy), Steven (Theresa), Bruce (Teri) and Eugene (Pam).

She loved family holiday gatherings at home, was active at Watsonville Buddhist Church and Watsonville-Santa Cruz JACL Senior Center. She rejoiced in her extended Japan trips to visit her sister and other relatives. Sato was artistic and enjoyed painting on ceramic dishes.

Sato was preceded in death by her husband George, her siblings Hiroshi, Kiku, and Kiyoshi and is survived by her 5 sons, 10 grandchildren and 5 great grandchildren.

Special heartfelt thanks to Teri and Hospice of Santa Cruz County.

A private family service will held at a later date