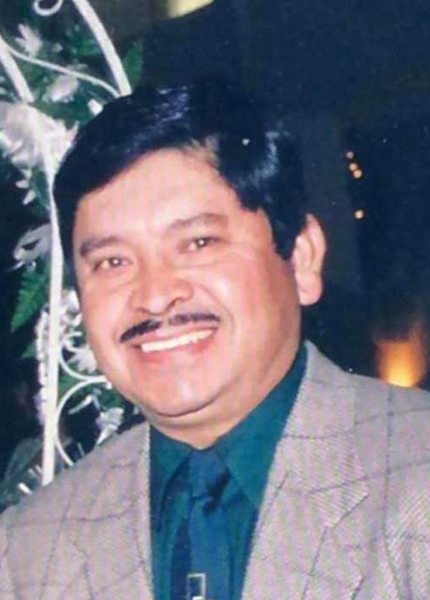 Silverio P. Torres passed away February 10, 2019, after a brief battle with cancer.

He was born in Ranchos de Arriba, Ixtlan del Rio Nayarit, Mexico. In his early years Silverio learned automotive work which turned into his career of over 40 years. He had a large clientele that turned into ever lasting friendships.

Devoted to his catholic faith, Silverio and his wife Gloria were proud members of the Marriage Encounter where they formed beautiful friendships with families that transformed into a large extended family.

Mr. Torres was a Eucharist minister for St. Patrick’s Church for many years. Silverio imparted his Catholic values to his children and grandchildren through example. He loved entertaining his family and friends and would often throw barbecues to show off his grilling skills. He enjoyed gathering groups for Casino trips saying ''even two was worth the trip." Silverio was a huge fan of lotto scratchers, and whether he won or lost he had high hopes of hitting it "big" one day.

He taught unconditional love, the importance of gratitude, the value of hard work and great power of humility and compassion. He will be forever remembered as a man who touched the hearts of those who had the good fortune to know him. Silverio could light up a room with his personality and charisma.

He will be greatly missed by his wife of 45 years, Gloria (Roldan) Torres, his three daughters, Veronica Torres Gallardo (Peter Gallardo), Alma Torres, and Maricela Torres. His Two sons, Silverio Torres Jr( Reyna Torres) and Jairo Torres. Silverio was also the proud grandfather of 11, Dominick, Denize, Diamond, Anthony, Damian, Daniel, Jocelyn, Adrian, Andreu, Ayden and Kobe. There was not anything he would not do for his grandchildren; he loved being a grandfather.

To send flowers to the family in memory of Silverio Torres, please visit our flower store.