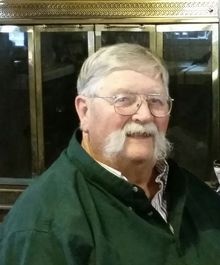 Stanley Harold Moore passed away May 14, 2015. He was 86 years old at the time of his death
having been born April 13, 1929 to Raymond N and Grace (Robbins) Moore in Brawley,
California. Stanley arrived in Watsonville in the early 1930's where his father worked harvesting
produce. Their first home was at Grant's Campground on Front St. Stanley attended Watsonville
schools, graduating from Watsonville High School in 1948. He joined the Watsonville Fire
Department soon after graduation serving the City of Watsonville for 30 years, retiring in 1979.
He served his country in the Navy during the Korean War. He married Kaye Smith in 1951. His
hobby was growing orchids of all kinds. Most recently he enjoyed raising Nigerian goats.
Stanley leaves a loving family behind to carry on; daughters Denise (Larry) von Schell of
Watsonville and Lynette (David) von der Mehden of Aromas; 6 grandchildren and 9 great
grandchildren; also friend Kim Anderson who was as close as a son. Stanley was predeceased
by his parents, his wife, and an infant son.
Stanley will be interred with his wife and infant son during a private gathering of family on an as
yet undetermined date.

To send flowers to the family in memory of Stanley Moore, please visit our flower store.