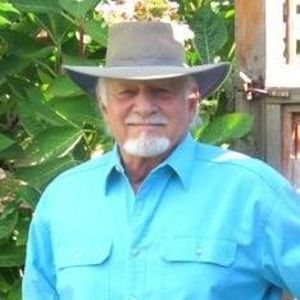 Born in New York, son of Harry and Jean Nussbaum, Steve proudly graduated from the Bronx High School of Science, then earned his doctorate in philosophy from U. Massachusetts, Amherst. He came to the West Coast to teach at CSU Long Beach in the 1960's. In 1978, after years as a professor of philosophy, he became a CA real estate broker, and soon opened offices in Boulder Creek and Felton. From 1982-1987, he was a Big Island, Hawaii resident and active Realtor, while pursuing his passion for body-building. He won the interisland Mr. Hawaii master's division contest at age 44, and was awarded that trophy by Arnold Schwarzenegger. In 1989, Steve joined Thunderbird Real Estate as its managing broker and co-owner. As a top-producing agent, he led the company by example for nearly twenty years by successfully using logic in negotiations, while keeping an infectious sense of humor. He remained active in real estate throughout his life and countless friends in the real estate community mourn his passing. He was a beloved patriarch to his sons, Justin Tyme Noren and Paul Taft, his grandsons, Mackenzie and Tyler, and his daughter-in-law, Glenda Noren. He is also survived by Marcia Noren, his good friend and mother of his two sons, Sola Sarmiento, a beloved friend for 8 years, and eight nieces and nephews. Steve loved hiking throughout his life, and enjoyed vacationing in natural settings. He will be greatly missed, as a source of inspiration whose panache, charisma and comedic flair was appreciated by all who knew him. He was a proud Democrat, and would have asked everyone to get out and vote.