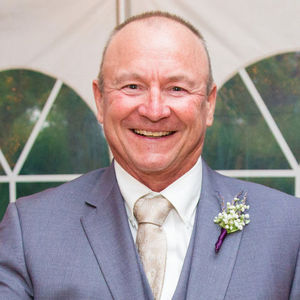 On Tuesday, January 24, 2017, a long-time resident of Aptos, Steven Dale Glaum peacefully passed away. He was 62.
Steve was a member of the Aptos High Sports Hall of Fame, Peninsula Oilers Baseball Hall of Fame, U.C. Riverside Athletics Hall of Fame and NCAA DII College World Series Hall of Fame. Steve was drafted by the Detroit Tigers Baseball team in 1977 and played in their AAA organization and selected to the NCAA DII 30th Anniversary All-Time Baseball team. He enjoyed Fastpitch softball for 38 years and was named to multiple all-league, all-tournament, all-world teams and was recently awarded the NAFA Inspiration Award. Steve touched many young lives through coaching little league, pony and travel baseball teams for 15 years. He also was a Small business owner of the Glaum Egg Ranch with his family and loved to spend time with his family and grandchildren.
Steve is survived by his beloved wife, Janelle Glaum and his children; Courtney (Justin) Brackett, Chase (Mary Joy) and Aaron (Katie) Glaum. He is also survived by his parents; Marvin and Dorothy Glaum, siblings; Sherrie Glaum, Debbie (Robert) Modena, Doug (Ericka) Glaum, grandchildren; Dylan Brackett, Kyrie and Ryder Glaum and also survived by several nieces, nephews, friends, and teammates across the country.
There will be a private funeral service for family. The public Memorial Service for a celebration of Steve's life will be on Sunday, February 26 at Twin Lakes Church at 2 PM. All are welcome to attend.
In lieu of flowers, the family would appreciate donations to www.gofundme.com/teamsteveglaum in support of the local baseball programs in the Aptos community that Steve was so involved in throughout his life.