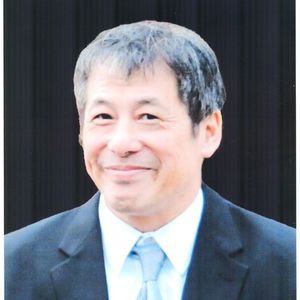 Terence Lowe passed away Wednesday, Feb. 26, 2014. He was born on June 18, 1956 in Watsonville at the old Watsonville Hospital to Dick and Jean Lowe. He graduated from Watsonville High School in 1974 and attended Cabrillo College where he earned an Associates of Art Degree in 1976; Terence transferred to California State Polytechnic University, Pomona working towards a degree in Civil Engineering. Following college he returned to Watsonville to join the family's restaurant business as a cook and the all-around fix it man. He loved woodworking and mechanical engineering, Terence had a natural curiosity and was quite an intuitive engineer. Terence was a keen cyclist in his youth.
Survivors include his parents Dick and Jean, his brother Allen Lowe, sisters Bonnie Cho and her husband David Williams and Joy Lowe.
Funeral services will be Saturday, March 15, 2014 at 1:00 PM at Ave Maria Memorial Chapel, 609 Main St., Watsonville with interment to follow at Pajaro Valley Memorial Park, Watsonville.

To send flowers to the family in memory of Terence Lowe, please visit our flower store.