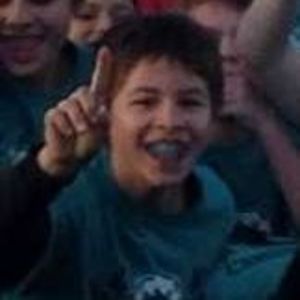 Trevor Sandoval rode his dirt bike straight to heaven this pass Sunday, February 9th at his Royal Oaks home, surrounded by family and friends. Born April 24th 2001, along with his twin brother James, at Watsonville Hospital, he remained a Watsonville native his short 12 years. He was a 7th grade student at Lakeview Middle School and alum of Minte White Elementary School.

Trevor was an outgoing, sometimes mischievous, but always lovable young man. He always had a joke to share, team spirit to spread and knew how to connect a Monster bat to a baseball for a line drive to the fence.

Everyone who had the opportunity to meet Trevor immediately fell in love with his goofy demeanor and his passion to live life for fun. FUN. Trevor was a fun kid. He played sports because it was fun, he rode dirt bikes because it was fun, he hung out and drank sodas with his twin James and cousin Ryan because it was fun. Fun times with video games. Fun selfies! He always had an idea of something fun to do or something funny to say. He lived his life full of passion. Even in his untimely death, Trevor was having the time of his life racing dirt bikes with his best friends.

He was an athlete who loved every game: baseball, football, soccer, basketball, skateboarding, motorcycle racing and volleyball. Plus loved watching so many other sports. He loved to be on a team with his friends and he even liked the rivalry of playing against some of his friends on the field. He knew every game would bring his loud, supportive family to the sidelines to cheer his wins and boo any bad ref calls. He could always count on his dad, Ralph (Mole), to be the first to tell him how proud he was of how he played.

While his mom, Lisa, was a sideline fanatic too, she was especially proud of Trevor's scholastic achievements. She would tell anyone who had 2 minutes to spare how smart Trevor was. She would beam with pride to say "he is an athlete AND he gets good grades." He was consistently on the honor roll and his national test scores were outstanding.

Trevor leaves behind a huge family who loved him intensely. His parents and biggest fans Ralph "Mole" Sandoval and Lisa Johnson Sandoval. His twin and best comrade, James, inseparable since birth. His sister Madelyn, who argued with him as much as she joked and played with him. His little bro, Zac, who worshiped everything his older brothers did. His older sister Monique, who he was so proud of and would tell everyone she went to a "cool college in San Diego". He is survived by grandparents, Sarah and Rick (Gramps) Sullivan, Bea and Rudy Sandoval, grandfather Curt Johnson and great-grandmother, Sharon Reynolds. He had so many Aunties, Uncles, Cousins and Godparents, some blood-related, some not, it does not matter in the Sandoval household, everyone is family.

Trevor's passing is a great loss to his family, to his friends and to the world in general. His death, while tragic, shall not overshadow the legacy of his life. Trevor was a fun kid who liked to do fun things. Now he is a fun spirit, tangible for all of us to feel. Let's all take a moment to breath in some fun spirit and make Trevor proud. Do something fun for Trevor's sake. Let's make it a chant, "fun for Trevor's sake!" He would completely approve.

There is a Viewing Service this Sunday Feb. 16th 3-7pm Ave Maria (609 Main Street) and a Memorial Service Monday Feb. 17th at First Baptist church at 11am (101 Madison Ave). In lieu of flowers, please consider the Trevor Sandoval Memorial Fund at www.youcaring.com/trevorsandovalmemorialfund or a children's charity of your choice.

To send flowers to the family in memory of Trevor Sandoval, please visit our flower store.