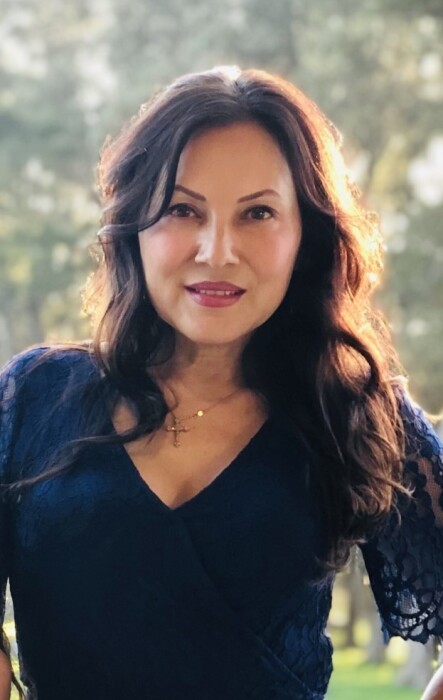 On April 13, 2021 Veronica Herrera-Ramirez passed away surrounded by her family in her home in Prunedale, California.

Veronica was born in Watsonville, California to Agustin and Esther Herrera. Growing up she worked in the family restaurant “El Morelia” in downtown Watsonville. When she wasn’t at the restaurant she spent her time dancing folkloric. She won many awards, one of them being a Monterey County Talent Show.

Veronica was an Optical Technician for 20 years throughout the Bay Area. She enjoyed the outdoors; hiking, walking her beloved dogs Bubba, Francesca and Hercules, going to the beach for fresh air, and traveling to Mexico. Veronica’s life was devoted to her family and their happiness. Her pride and joy were her son Nikko and daughter Bella. She loved to take photos of them to capture the moment, celebrate their birthdays, and always found a way to surprise them with little details.

Veronica was a strong woman who battled a long journey of cancer for 14 years. She fought for her life all the way to the end. Her beauty, smile, laughter, and memories will be forever missed and cherished.

She is survived by her loving husband, Fernando Ramirez; her daughter, Bella Ramirez; her parents, Agustin and Esther Herrera; her sisters, Laura Valentin, Marie Espinoza, and Martha Herrera and numerous nieces, nephews, cousins and friends. She was preceded in death by her only son Nikolas Malliarodakis, and her brother Raymond Herrera.

To send flowers to the family in memory of Veronica Herrera-Ramirez, please visit our flower store.