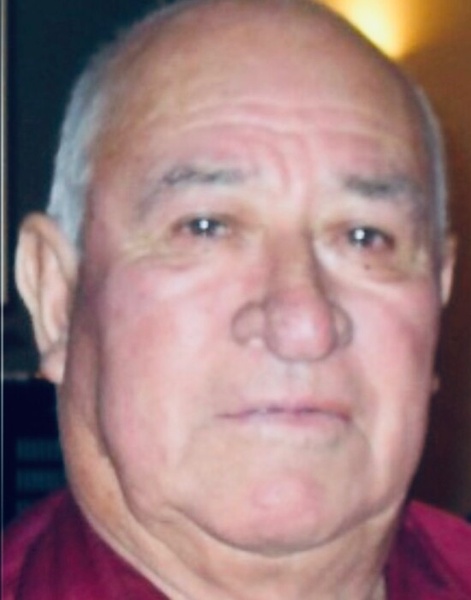 Vicente A Hernandez, a former resident of Watsonville, CA, peacefully passed away on December 17 at the age of 87.  He was born on January 14, 1933 in La Precita, Guanajuato, Mexico to Guadalupe Hernandez and Edubijes Arellano. In 1960, he immigrated to the U.S. through the Bracero program. This placed him and his family in Texas and later they moved to a ranch in Kansas prior to settling in Watsonville, CA. in 1976. He lived in Watsonville with his wife and children for many years until he and his wife moved to Visalia 13 years ago to live with their daughter Maria. He worked in the ag business for many years for companies like JJ Crosetti Ranch, Pure Grow, and Boyer Fertilizer as a tractor driver until his “retirement”. Being a well-known and respected member of the farming community, he was offered and took a position with Pajaro Valley Fabrication where he worked until he had a stroke in 2003. He was a hard worker who gave work his all and was loved by his employers because of his dedication.

He and his beloved wife Petra eloped at the ages of 16 and 15, respectively. They were married for 63 years before she passed away in 2013. He was a wonderful husband, father, grandfather, great-grandfather and great-great-grandfather who loved to bring joy everywhere he went. He was best known for his vivid stories about his life and childhood, always knowing and spreading the family “chisme”, his mischiefs and pranks (i.e., pretending to be sleeping but listening to conversations), and his jokes that always brought a smile to those around him. Even at his residential facility where he spent the last years of his life, he touched the lives of many residents and staff with his big heart, generosity, and friendliness.  He would often be seen wheeling himself around the center to check in on other residents and staff during this global pandemic.

His passing has left a big void in the lives of those who knew him, and he will be greatly missed.   He will be fondly remembered for his faith, love for his family, being a man of his word, his stories, his jokes and pranks, his stubbornness, friendliness, his love for long conversations, love of sweets and big appetite, and for being the life of the party.

He was preceded in death by his loving parents Guadalupe and Edubijes, his wife Petra, his children Lourdes and Rodolfo, his grandchildren Rodolfo Jr and Lupe, and his brother.

Burial services will be held on Saturday, January 2 at Pajaro Valley Memorial Park at 1:00 PM.

To send flowers to the family in memory of Vicente Hernandez, please visit our flower store.