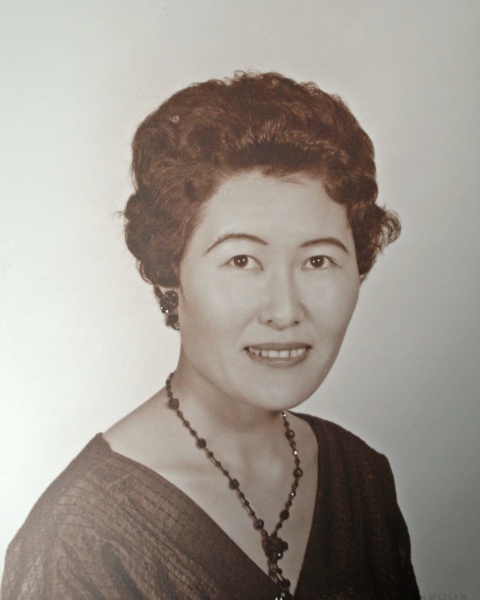 Yaeko (Kodama) Cross, passed away peacefully on July 14, 2022 at Watsonville Post Acute Center in Watsonville, California. She was 95 years old.

Yaeko was preceded in death by her husband of 65 years, William Cross, who passed December 21, 2021, and her grandson Kenneth W. Cross. Surviving family members are her son Kenneth Cross, daughter Catherine Lewis and granddaughter Amanda Lewis.

Yaeko was born in Okinawa, Japan on November 24, 1926. She lived in Osaka, Japan for much of her young life. When Yaeko was only four years old, her mother tragically died along with a baby boy due to childbirth complications. Her father was left with five daughters to raise: Aiko, Chizuko, Yaeko, Kimiko and Mitsuko. Her father passed too soon, when Yaeko was only 22 years old.

When she was a young, beautiful woman, Yaeko went to a dance where she met an American soldier, William “Bill” Cross. Yaeko and Bill married in 1956. They had two children while living in Japan. Bill had reenlisted by this time and the entire family moved State side. Bill and Yaeko settled in Watsonville in 1962 and never left.

Yaeko retired from being a food handler at Green Giant and Pillsbury in Watsonville. She chose to work nights so she could be home for her children during the day.

Yaeko had a kind and caring heart, and enjoyed socializing. She was active at the Watsonville-Santa Cruz JACL Senior Center until the Covid pandemic. She loved flowers, enjoyed gardening and was an excellent seamstress. She rejoiced in her extended trips to Japan to visit her sisters, and always wished she could go one more time. Yaeko was an excellent cook and prepared delicious Japanese and American dishes. Friends and connecting with people was important to her and she did this all the days of her life. She successfully stayed in her home until she passed, except for her last seven days. Yaeko will be greatly missed by the many people whose lives she touched.

The family asks that you support Watsonville-Santa Cruz JACL Senior Center which was loved by Yaeko and continues to serve the community.

To send flowers to the family in memory of Yaeko Cross, please visit our flower store.